‘A weed is but an unloved flower’ – that’s according to popular author and poet, Ella Wheeler Wilcox. I guess she’s right…especially the ‘unloved’ part. They may be flowers, but as long as they are growing where they should not, they are weeds and we don’t love them. We don’t love them, and we don’t want them. They steal the water and nutrients meant for our precious crops, act as hosts to various pests and diseases, and can cause damage to machinery during harvest. That’s why farmers spend a lot of time and resources on weed control. Effective control, however, starts with proper scouting and identification of weed species.

Scouting for weeds is important because that is how to locate weed populations before they spread through the field and cause more damage. Identifying specific weeds also helps to choose appropriate herbicides and best timing for maximum weed control. At this early stage of the season, weeds are mostly harmless-looking seedlings. But make no mistake about it, they can eventually outcompete your crop and can take over your patch of land. Controlling weeds when they are young is more effective than when they are mature and are producing seeds. There are various guides that help to identify weed seedlings. These days there are also apps you can install on your phone that can identify a weed from an uploaded picture. These will be helpful as you scout your fields early in the season.

One weed that you should watch out for is Kochia (Kochia scoparia; see picture below). Kochia is indeed an unloved flower. It was first introduced into Canada as an ornamental plant probably around the mid to late 1800s but has since become one of the most problematic weeds in the Prairies. It’s an annual broadleaf weed that reproduces by seed. Seeds start germinating in early spring, helped by the weed’s tolerance to frost, and may continue to germinate throughout the growing season. It can spread quickly and establish itself as the dominant weed especially in dry and saline soil conditions. In drought, roots can extend as far as 10 feet into the soil in search of water and nutrients. Our crops could definitely learn a thing or two from Kochia especially under the present dry spell. Yield losses can be significant. Losses of 73% have been found in wheat at a Kochia density of 195 plants per square meter. 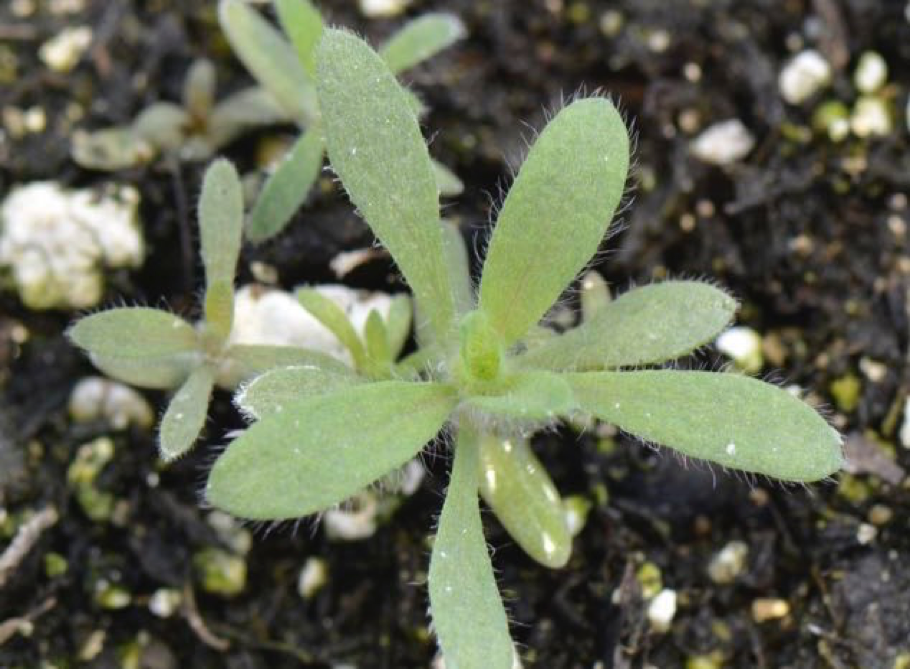 The key to effective control of Kochia is to spray early because Kochia is usually one of the first weeds to emerge in the spring and is often beyond the optimal susceptible growth stage when herbicides are normally applied in-crop. Herbicides are most effective when the weed is small. Herbicidal control generally declines as plant size increases. Group 2, 4 as well as glyphosate-resistant Kochia has been found in the Prairies so, herbicide rotation and using tank mixes with multiple modes of action are recommended. Talk to your SynergyAG rep about how to control this and other problematic weeds.

Contact Us
What do plants need during a dry spell?