Touring through our cereals this time of year, we may run into black growths in place of a kernel. These ugly plumes are ergot bodies, or sclerotia: a plant disease caused by the Claviceps purpurea fungus. With growing years like this one, with a beautiful mixture of heat and moisture, our crops are thriving, but so are our diseases. The moisture promotes plant growth and flowering, as well as the germination of sclerotia.

Disease Cycle: How does this work?

The first stage is germination of the sclerotia, which requires a cold period followed by wet soils in the spring. The sclerotia produce small, mushroom-like structures called stromata, which produce wind-borne spores. The wind-borne spores, also called ascospores, land on the florets and enter the ovaries of the early flowering plants.

The second stage is the “honeydew stage.” Here, the florets secrete a sticky ooze of spores called conidia, which are spread by rain and insects. They will continue to spread as long as flowering lasts. The honeydew stage ends once the ovary, or kernel, enlarged and is replaced by the ergot body.

What’s So Bad About It?

Although it doesn’t result in a significant yield loss, Ergot can result in economic loss. This is due to it being a major degrading factor in wheat and barley. In wheat and rye, only 0.04% is allowed in Number 1 grade, and even feed wheat has a low allowance of 0.10%. In barley, the tolerance is lower yet, at 0% for malt and 0.05% for feed.

Ergot thresholds are this low, as the alkaloids in the ergot can cause ergotism when consumed by humans or livestock. In humans, ergotism can result in alternating burning and freezing sensations, death of extremities, and could even lead to death. In livestock, it can cause lameness, loss of body parts, abortions, seizures, and death. Sub-lethal doses will result in lower growth and performance, loss of milk production, and lack of appetite – all of which are recoverable.

How Can It Be Prevented?

Due to the economic losses ergot can cause, we want to do what we can to prevent this fungus. Ergot doesn’t have much for control methods in the field, however, there are management practices that can help. Your first line of defense against ergot is a crop rotation. The ergot only lives in the soil for one year, so a minimum of a two-year rotation is essential. Other things to keep in mind during seeding are avoiding planting a spring cereal next to a winter cereal crop, and ensuring a uniform plant stand by using seed with good germination, seeding at a constant depth, and using a balanced fertilizer program. Finally, use clean seed! Even two-year-old seed clean of ergot is less likely to spread the disease. Beyond seeding time, risk of ergot can be reduced by sanitizing by mowing around headlands and roadways to remove grasses and other possible hosts, and applying herbicide at the correct rate and timing.

If ergot is inevitable, one should harvest heavily infected areas separate from the rest of the field and deliver the infected seed separately to the elevator or destroy it. One can also clean the seed of ergot using a flotation gravity table, or a colour sorter. If you are concerned about ergot in your field, contact your SynergyAG representative to go over your risk levels. We are here to harness the synergy of your crop production and the environment for your agronomic success!

Government of Saskatchewan. Ergot of Cereals and Grasses.  ND. https://www.saskatchewan.ca/business/agriculture-natural-resources-and-industry/agribusiness-farmers-and-ranchers/crops-and-irrigation/disease/ergot-of-cereals-and-grasses 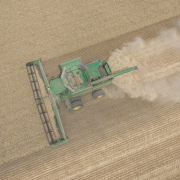 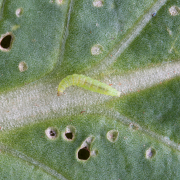 Diamonds Are Not a Farmer’s Best Friend 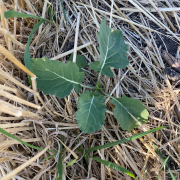 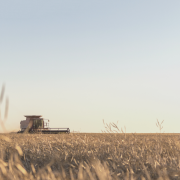 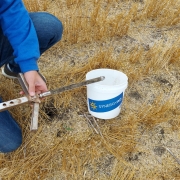 The Value of Soil Testing 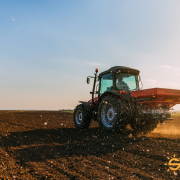 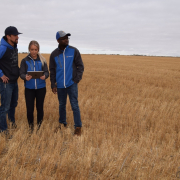 More Than A Crystal Ball! 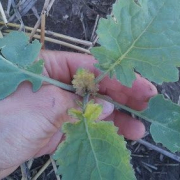